Our client contacted us as they had a log burner and liner replaced by a third party installer approx. 4 years ago and believed it may have been incorrectly installed as it was letting water in. They were also concerned as the outside of chimney had turned black during this time. 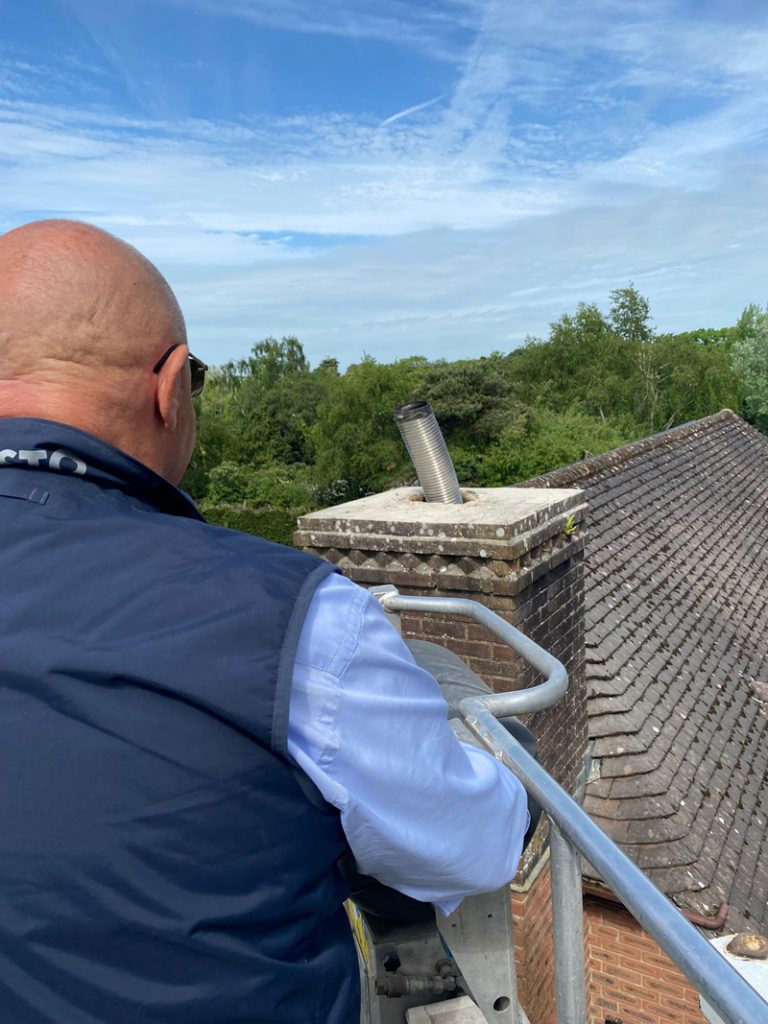 We then inspected and re-flaunched the top of the chimney, checking the cowl and re-fixing the joint. The weep holes were also inspected and cleaned out to ensure correct function. The lead tray was inspected to ensure this was operating correctly.

The flexible liner was inspected and we were able to confirm that this had been installed and attached correctly. The liner was also inspected using a CCTV camera to check it’s condition.

Works were completed quickly for the customer over one day, and all debris was removed from site leaving clean and tidy.