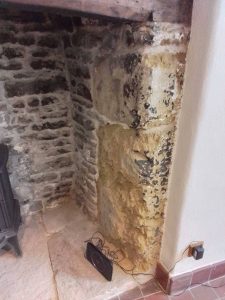 Our client contacted us as they had moved into a property and wanted to restore the existing inglenook fireplace for use. 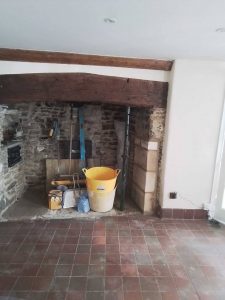 We attended the property and carefully removed the stove. The stone block work which had deteriorated to the right hand side of the fireplace and the hearth which had also deteriorated were removed and disposed of.

The inglenook fireplace was protected during the works by using an acrow prop support.

We then sourced, supplied and installed a reclaimed stone hearth which had a similar look and material to the original which was removed.

The stonework to the right hand side of the fireplace was then replaced with reclaimed stone and repointed in lime mortar render to match the existing stonework.

We then replaced brick slips to the stove and reinstalled, commissioned and tested for the customer leaving ready for use. 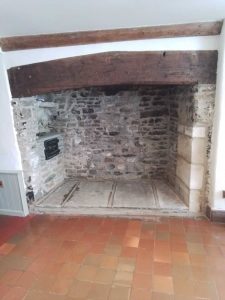 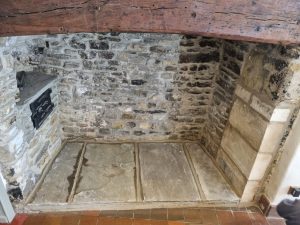