Our client initially contacted us due to a damp issue at their property. They were not sure at the time whether the chimney was the cause of if there was an alternative explanation for the water ingress.

We recommended to first undertake a close inspection of the chimney stack itself and in this case recommended to erect scaffolding to the roof/chimney. This allowed a comprehensive close-up inspection of the area causing damp, and while scaffolding does carry a significant cost, in this case it would have been needed for any work to resolve the issue whether it was the roof or chimney. If this were not the case, we would usually recommend a drone inspection.

With the scaffolding in place, we were able to create an inspection hatch and water test around the chimney, roof, and lead work to ascertain the cause of the leak. This investigation confirmed that it was not a roof or lead issue and that the chimney itself was the cause. Furthermore, the chimney did not incorporate any lead trays to disperse water ingress (this is typical of an older chimney), and the brickwork had aged and was allowing moisture to penetrate the stack.

The customer therefore decided to remove and rebuild the chimney stack incorporating two lead trays. This included taking the existing chimney down to roof level and rebuilding with salvaged bricks as far as possible with new yellow and red London stock bricks to match the existing as closely as possible. New terracotta chimney pots, ventilator caps and Eurocowls were installed to the top of the chimney stack and held in place with grit and cement weather flaunching set at a steep pitch to shed any water. The lead flashing was also replaced and 2 coats of “Hydrobar” masonry water repellent were applied to the chimney stack. 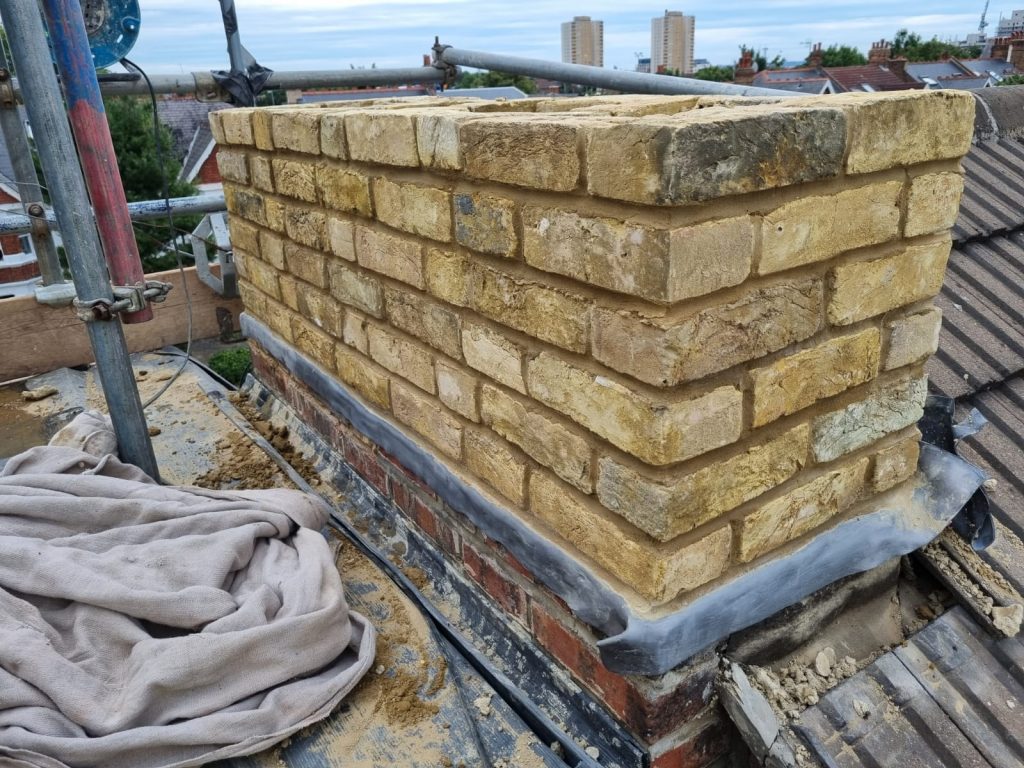 We also arranged for a specialist to re-attach the customer’s television aerial.

The customer was extremely pleased with the works carried out and described his new chimney as “a work of art”. 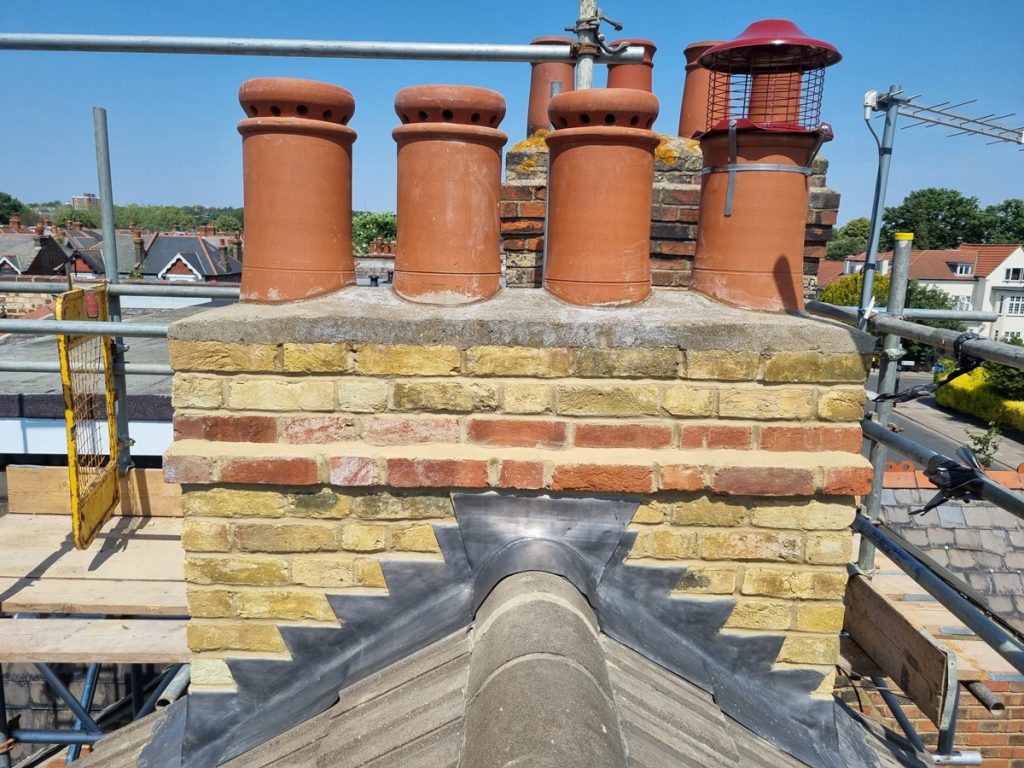