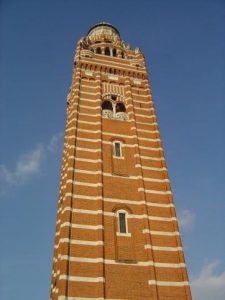 The heating system at the Cathedral originally ran on coal fired boilers and a warm air system. When “modernised” many years ago these were replaced with oil fired equivalents. The intention was to replace these boilers with a gas fired system. The Cathedral, through their Salisbury based architects and M and E contractors, requested that we survey the two flues serving the boilers and also the hot air ducts. The boiler flues were tall (one was over 36 metres) and of unusual configuration with a significant horizontal section in one of them where sooty deposits rested. There were no drawings of the flue route or access points and these had to be discovered. 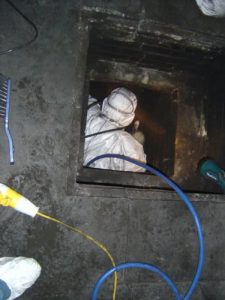 Given their history as flues to coal burning boilers we were confident that sufficient access openings would have been designed into the flues they simply had to be found. This was not straight forward but access hatches had been installed in years past and, once identified, and we were able to thoroughly sweep and survey the flues.

The flues were largely in good condition though we expressed concern regarding the horizontal section. With gas fired boilers producing less deposits than other fuels we suggested that the flue would accept the proposed liner. Since the height of the flue required that there would need to be a join in the liners we suggested that this join was made in the horizontal section where the access point was and so that routine checks could be made at this point.

The air ducts were another issue as the route of these were also something of a mystery. On cleaning and survey they were found to run from the heat exchanger in the boiler room in over and under pairs to the sanctuary and into the main body of the cathedral. Working outside Cathedral hours and relying on a forced air system the 1500mm x 750mm ducts were investigated and mapped and found to be in satisfactory condition. 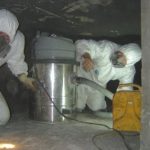 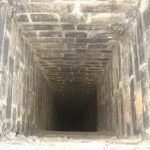 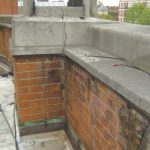 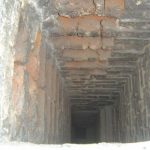